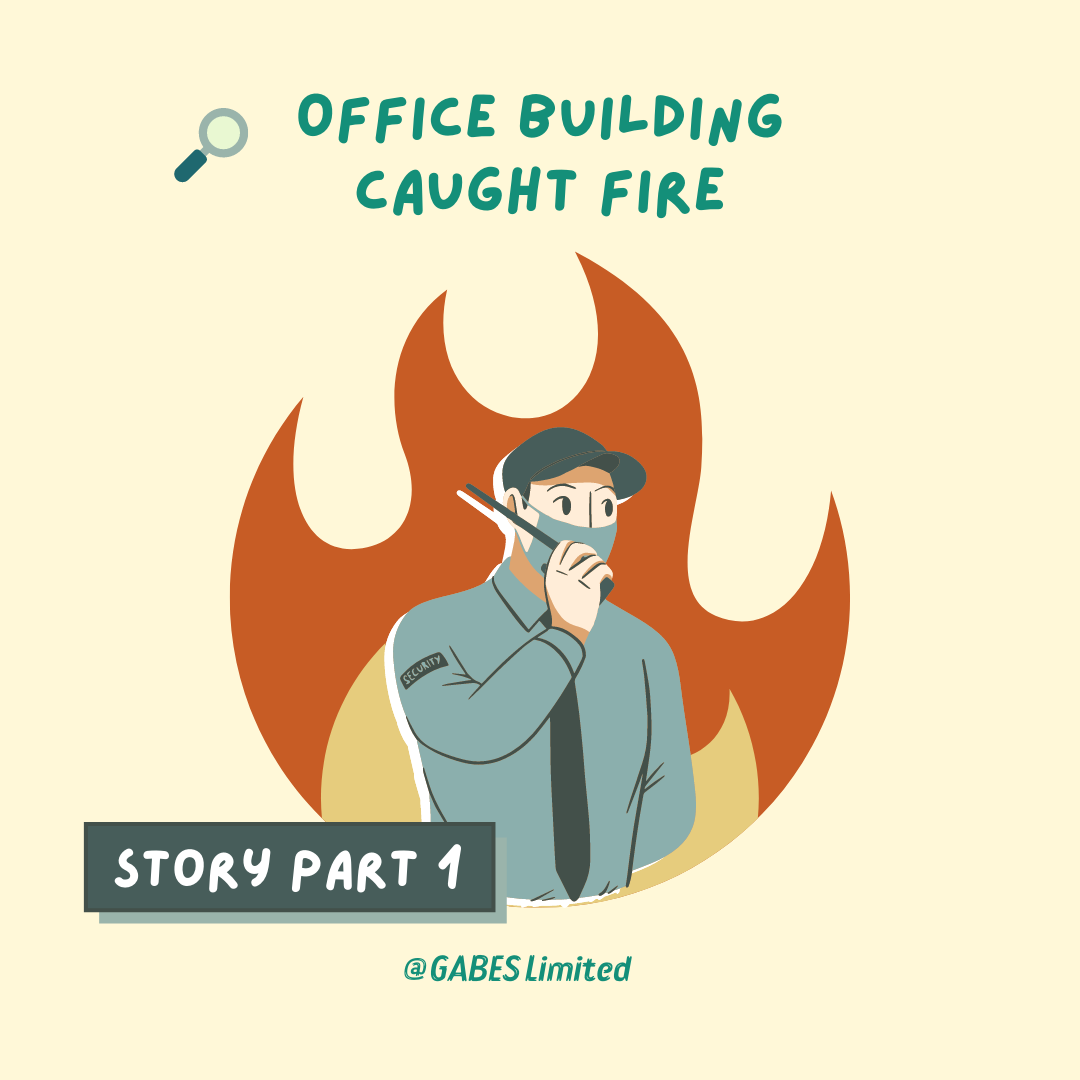 How can the existing fire safety equipment in Hong Kong help us escape safely in the event of a fire? Take a look at the following story together.

Bob is the security guard of an office building. One day, the office lobby caught fire. Bob found out only when the fire had spread to a potted plant nearby; he immediately used a fire extinguisher to put out the fire. However, the fire was too big and could not be put out.

Bob immediately coordinated evacuation and reported it to the fire department. The office lobby is equipped with an automatic sprinkler system, which starts whenever a sprinkler head detects a high temperature of 68 degrees Celsius. However, the fire spread rapidly, the smoke became thicker, and the fire sprinklers were not yet activated. It turned out that the lobby ceiling was too high, and the temperature failed to trigger the sprinkler head.

As a result, Bob found the closest fire hose reel to the fire. He first broke the glass of the fire alarm call point, which activated the fire pump and triggered the fire alarm. Then, Bob opened the control valve and pulled out the fire hose*. He aimed at the fire while maintaining a safe distance from it. He turned on the water at the nozzle and directed a strong water jet at the base of the fire and thus controlled the fire spread temporarily.

Firefighters then arrived and successfully extinguished the fire. Although the fire destroyed the lobby, fortunately, no one was injured under Bob’s evacuation and fire control. The firefighters praised Bob for his calmness and reminded him that the fire hose was only applicable to fires that could be extinguished by water, such as burning wood, paper, cotton yarn, etc. Therefore, the fire of the potted plant in the lobby could be controlled. If you encounter electrical equipment, oil, flammable liquids, or metal products in combustion, you must not use fire hose reels or water to extinguish the fire.

*The fire hose reel has a maximum length of 30m, and its water source is pressurized by the fire pump, which shoots a jet of water up to 6 feet away.