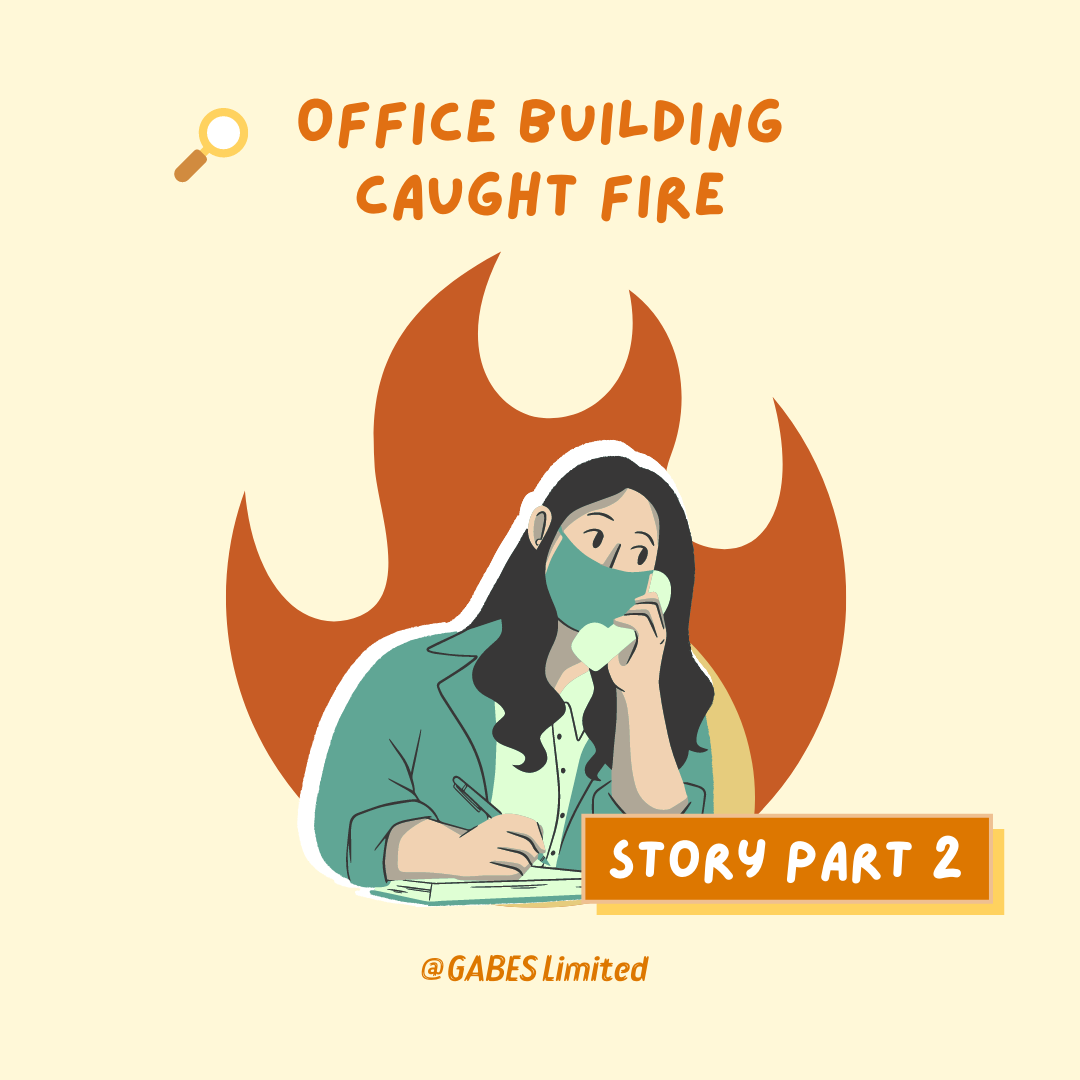 Last week we learned how to use fire safety equipment in the event of a fire from the perspective of security guard Bob. This week let us see from Mira the office worker’s perspective and understand if the existing fire signs can clearly guide us to the correct escape routes in a fire!

Mira has just landed a new job on the 10th floor of an office building. One afternoon, the office alarm bell was suddenly triggered. Mira was startled, but seeing her colleagues working as if nothing had happened, guessed it was just a false alarm.

"It’s a fire!" Let's go!" A panicked voice broke the calm, and it turned out to be the security guard, Bob. Mira was new to the job and unfamiliar with the escape route, so she had to follow the group down the stairs at the end of the crowd. When they reached the 3rd floor, they found that the staircase was flooded with smoke and could not move forward. "Turn around! Turn around and go up!”.

Mira changed from the back of the group to the front, and she was not familiar with the environment, so she could only rely on the escape signs to find her way out. The exit signages, which were inconspicuous, were even harder to spot in the thick smoke. Mira panicked more and more as several escape stairs were either overwhelmed by smoke or stuffed with people.

Fortunately, with the guidance of Bob, everyone managed to evacuate to the rooftop. Everyone's sense of crisis was too low; if Bob did not evacuate each floor, presumably everyone was aware of the danger in time by the smoke wave, and it would be too late to escape.

After the incident, Mira complained to the Building Management Department about the unclear exit signs and hoped they could be replaced with more apparent exit signs. Bob also expressed concern about false alarms. Due to the frequent false alarm in the office building, everyone is less alert to the fire alarm bell; Bob would like to see regular and more frequent maintenance of fire services equipment in the building.

Do you think the current emergency exit signs in Hong Kong can clearly guide the correct escape routes in the event of a fire?